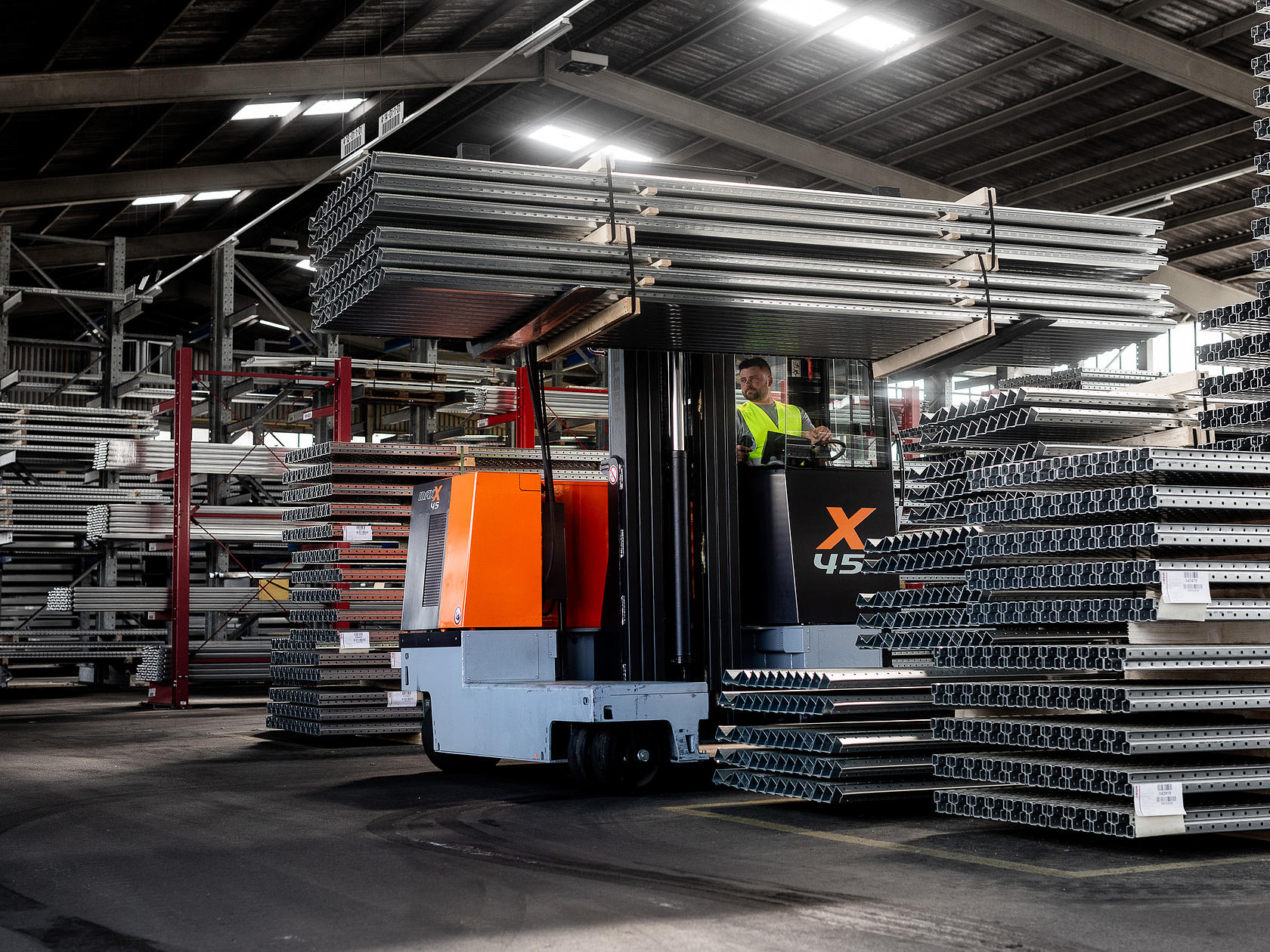 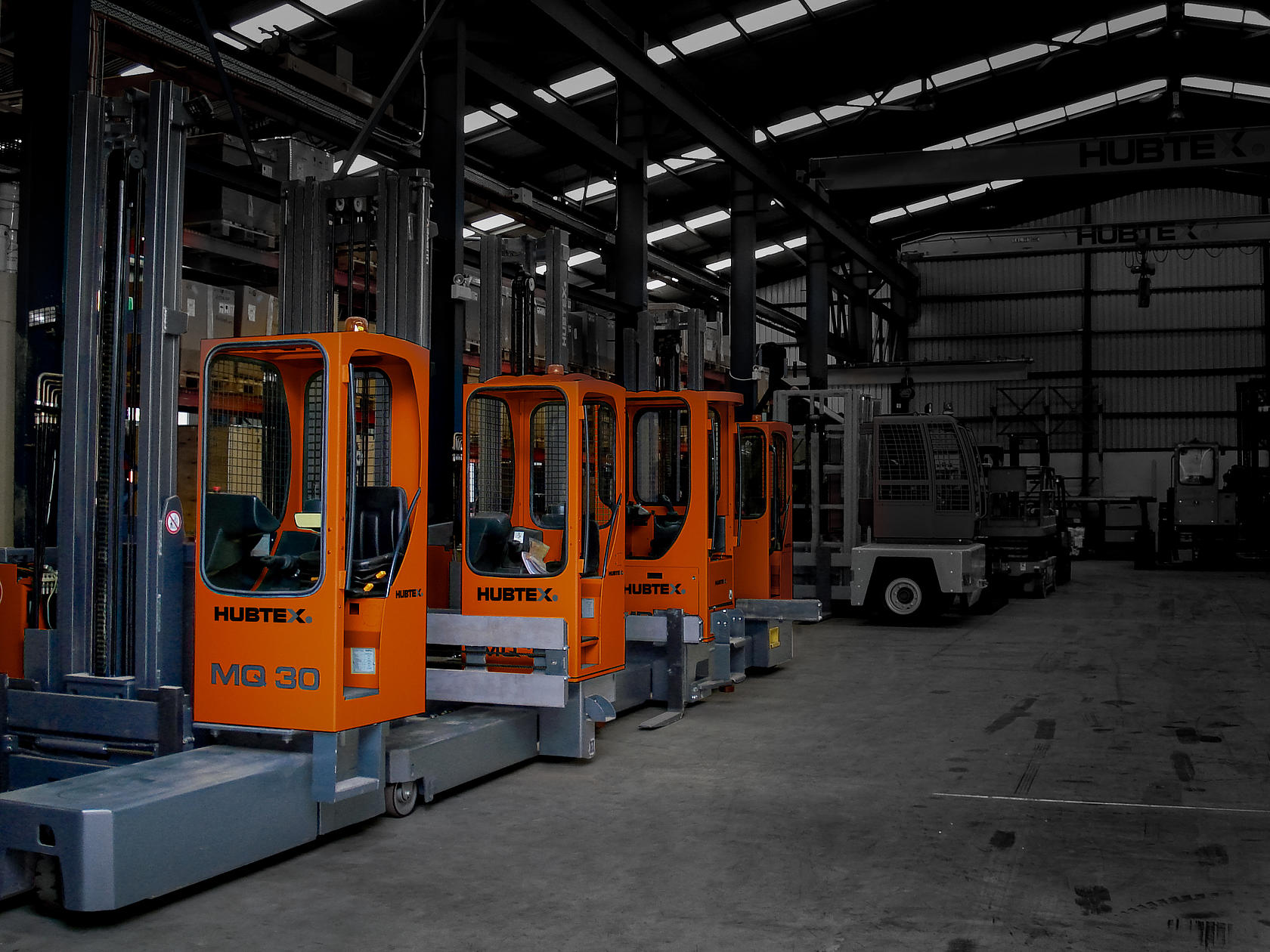 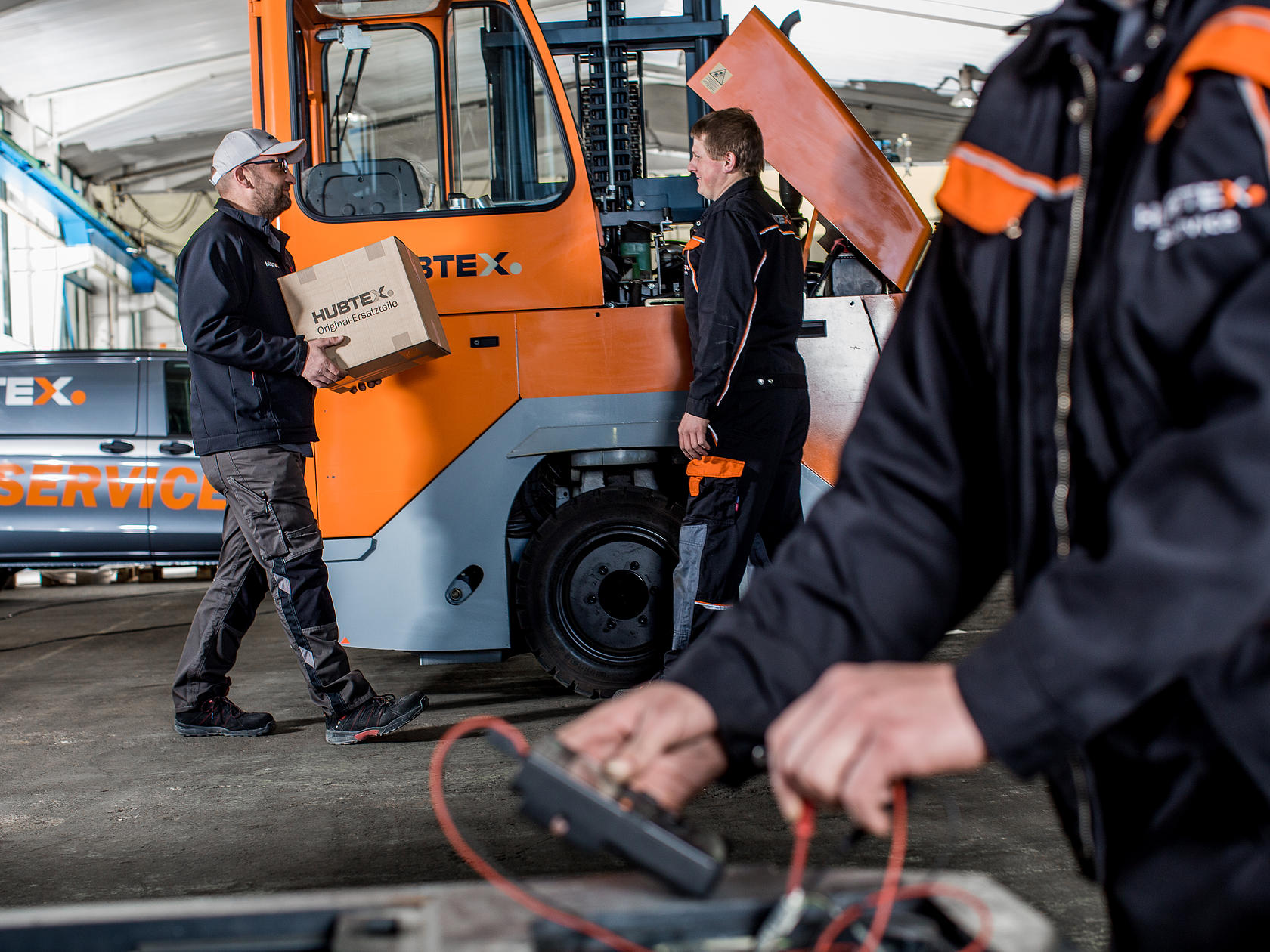 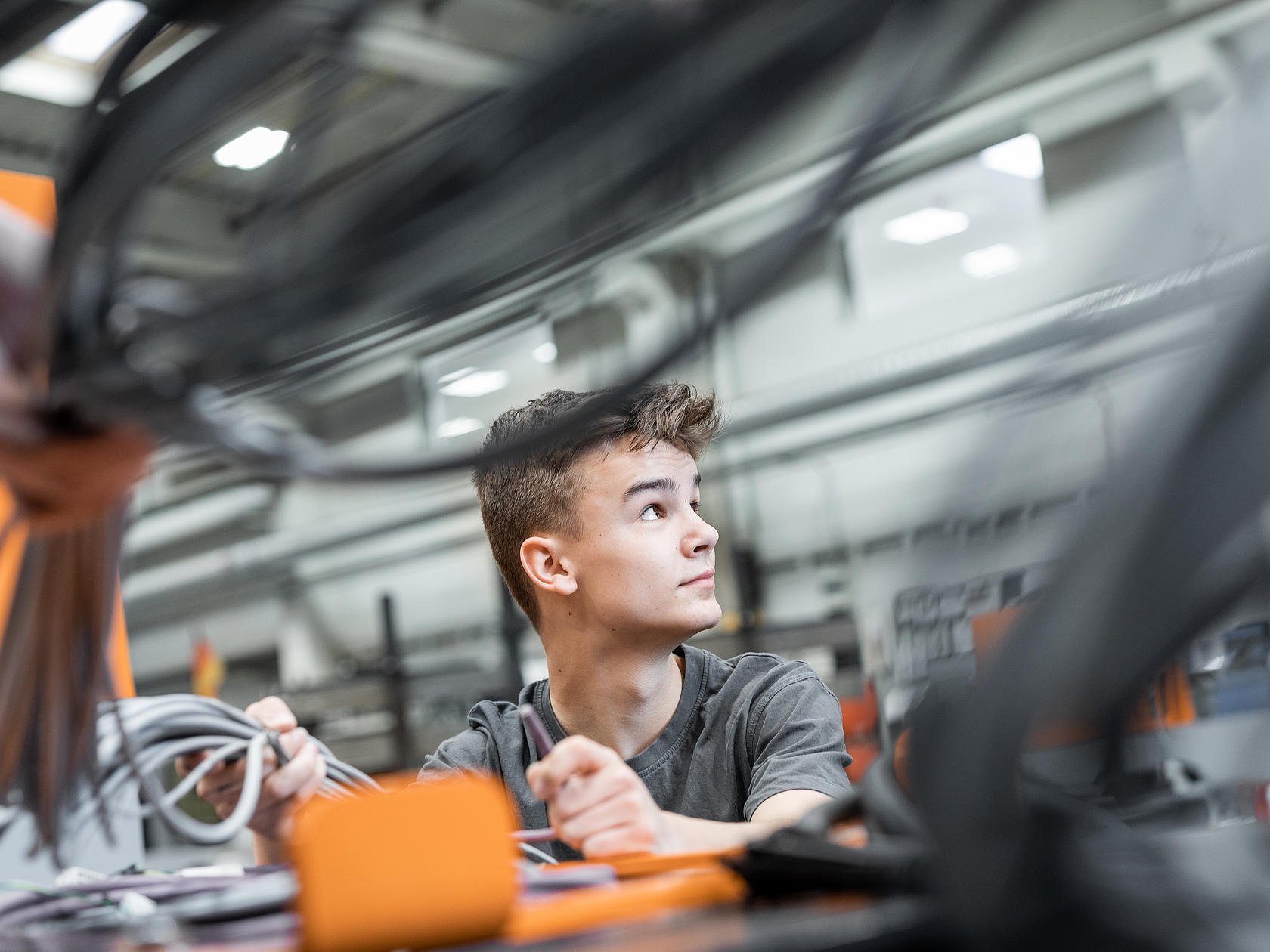 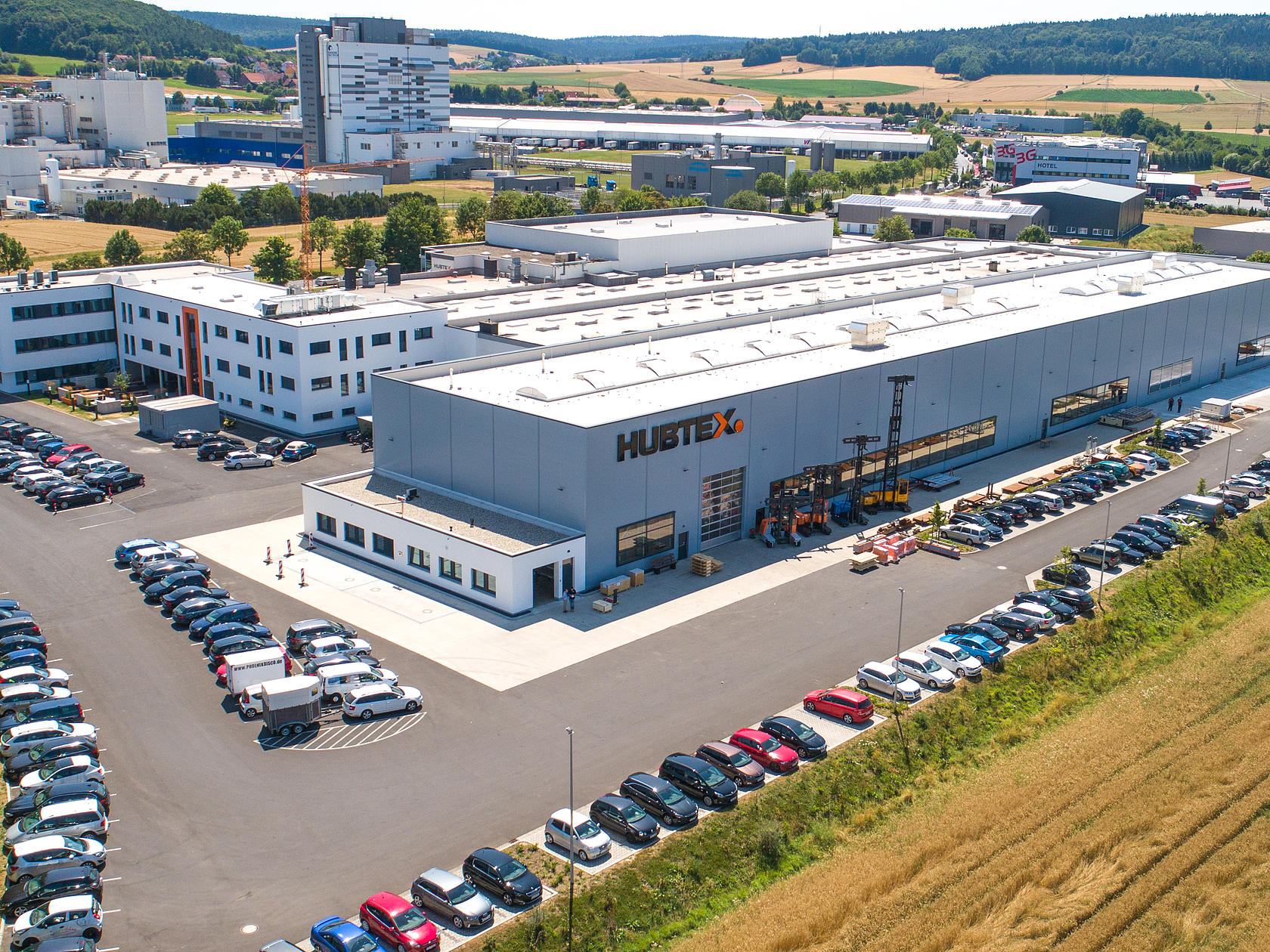 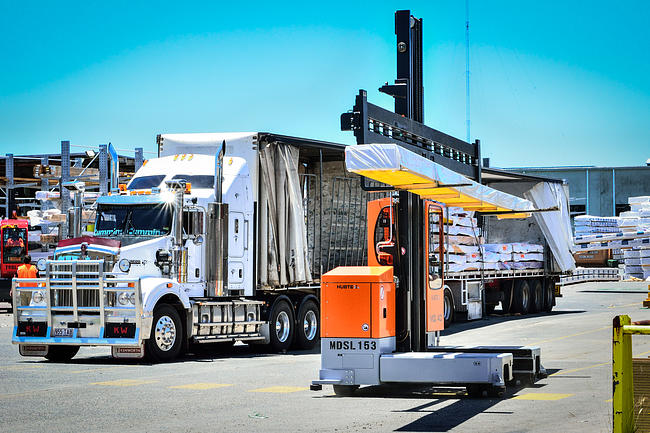 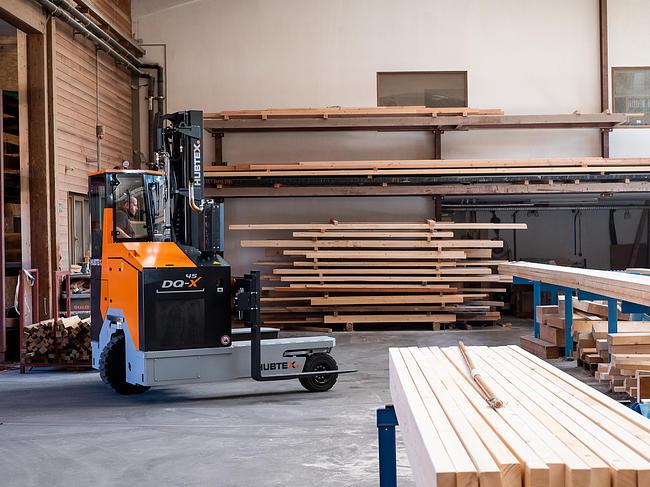 The re-designed DQ 45-X multidirectional sideloader from Hubtex is particularly low in emissions and noise. The core component is the low-noise, low-emissions turbo engine, which maintains impressively low energy consumption thanks to an intelligent vehicle control system. With its all-wheel drive and all-terrain soft tyres, it is the undisputed leader among the multidirectional sideloaders when it comes to outdoor use. Hubtex has further enhanced this truck series to deliver a higher level of comfort in the driver's cab and easier maintenance. 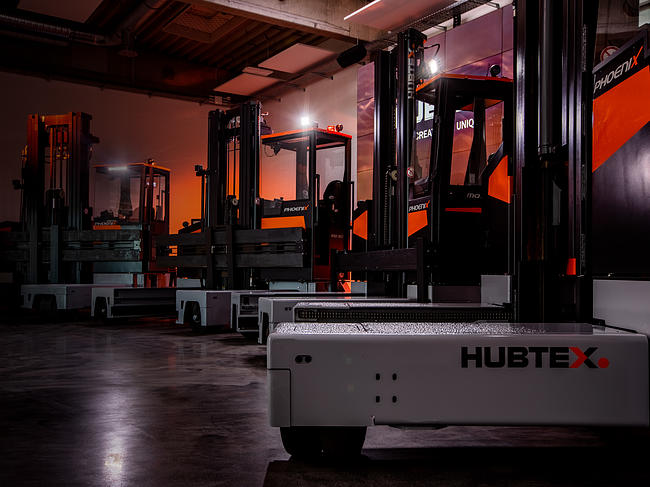 HUBTEX continuously monitors the COVID - 19 situation. The rapid developments present us all with great challenges.
We also see it as our duty beyond the company, to act responsibly.  We have taken various measures to protect the health of our customers, employees and business partners and to safeguard our business activities. 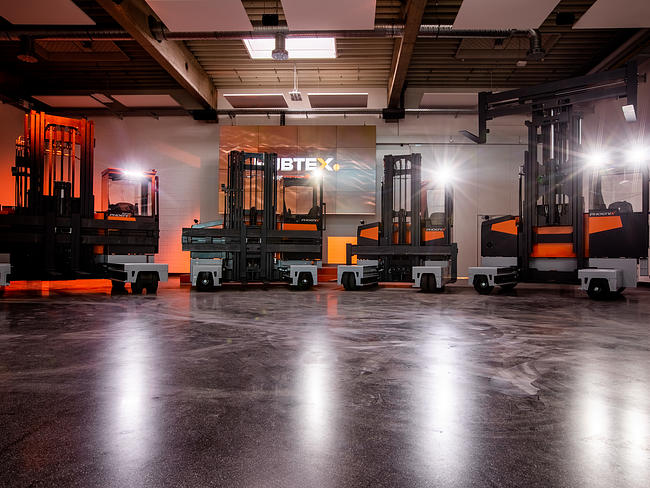 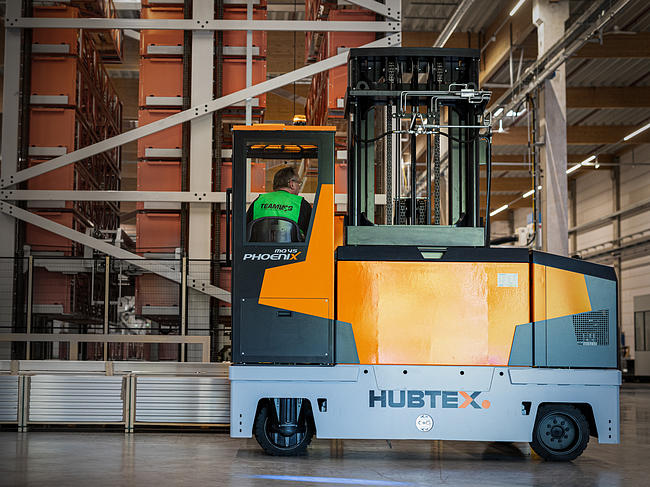 With big steps towards the future - Hubtex is presenting two new vehicle series with Industry 4.0 features for step-by-step automation online in spring 2020. The leading manufacturer of custom-built industrial trucks and sideloaders has revised its PhoeniX modular system: In addition to the electric multidirectional sideloaders in the 3 to 4.5 tonne load capacity range, which were introduced at the beginning of 2019, more compact vehicles for the 1.5 to 3 tonne load capacity range are now available.